The recommerce industry has shown exponential growth and popularity in recent years. Millennials and Generation Z are more than two times likely to engage in recommerce than consumers over the age of forty. Buying secondhand retail has become more mainstream, with the fashion resale market expanding twenty-one times faster than traditional retail in the last three years. The market is projected to grow by 10% each year,  almost twice the size of the fast fashion market by 2029.

The main drivers of the very recent boom in the resale industry are sustainability and affordability, as well as trends from the seventies, eighties, and nineties resurfacing among millennials and Gen Z. With the rise of the Covid-19 pandemic in 2019, households have been more budget conscious than ever with their purchases, and are more likely to shop via online websites to comply with social distancing guidelines. Millennials and Generation Z are also more likely to shop sustainably, 73% of consumers stated they prefer to purchase from sustainable brands and companies. Purchasing from the recommerce market is attractive to consumers because they have a ‘one of a kind’ feel, at a competitive price range with fast fashion retailers.

Recommerce is basically selling pre-owned products or items through online marketplaces. The idea is to create an online thrifting experience; rather than spending hours looking for the right item at physical thrift stores, the consumer is able to find more curated items from their personal niche. This is done through an online marketplace, a website or app that facilitates shopping from various different sellers. An online marketplace acts as a “digital middleman” between the buyer and the seller. Their business is a direct-to-consumer model, where they facilitate a transaction between supplier and consumers. There are various different types of online marketplaces, the most common being Amazon or eBay. A recommerce online marketplace is specifically focused on selling retail that is previously owned. Leading recommerce companies include The RealReal, ThredUp, Depop, and Poshmark.

Economic - stimulates innovation and economic growth, as well as increasing competitiveness and creativity between different brands and companies.

The Economic Growth in the Resale Market

According to ThredUp’s resale trend report for 2020, the recommerce industry is rapidly growing and is set to be valued at sixty-four billion USD in the next five years. By 2024, the resale market is set to have a 39% annual growth rate in comparison to 2019. Between 2019 and 2021, the online secondhand market has grown by 69% percent, in comparison to the traditional retail market which has shrunk 15%. As mentioned previously, households have become more budget conscious with the Covid-19 pandemic. The pandemic caused a decline in the economy, which pushed consumers to shop secondhand as their budget shrunk. Consumers who have never sold their clothes are now more than twice as likely to sell, their number one reason for doing so is to make money. 88% of consumers adopted “thrifty” habits during the pandemic, such as making their own clothes from scratch or upcycling old pieces into newer trendier pieces.

The resale market is set to overtake the fast fashion industry, sixty – six percent of consumers have shopped less at department stores in 2020, luxury retailers have also seen a decline of fifty – two percent. In comparison, online marketplaces such as Amazon Fashion have had a thirty – seven percent increase in traffic, and secondhand marketplaces such as ThredUp, Depop, and TheRealReal have had an increased traffic of forty-four percent. Companies such as The RealReal, which specifically focuses on selling authenticated, secondhand designer clothing, reveal that the demand for designer clothing has not decreased, but there has been a shift in how much consumers are willing to spend on designer clothing.

Consumer Trends in the Resale Industry

According to ThredUp’s resale trend report, the top reasons why people are more likely to sell their clothing are:

Generation Z is leading the growth of the recommerce industry, with forty percent of the generation shopping secondhand. Millennials are right behind them, at thirty percent.

The Future of The Recommerce Industry

According to ThredUp’s resale trend report for 2020, consumers now feel as guilty about buying fast fashion as they do about eating fast food. This will change the retail industry as a whole, companies will now have to operate under a sustainable business model to remain competitive with other retailers. Companies are already adopting these business models and have been doing so since 2019. Not only have they been marketing their own products as sustainable and environmentally friendly, but they have also been partnering with recommerce marketplaces such as ThredUp and TheRealReal in order to be a part of the resale boom.

The top reasons retail executives are interested in testing resale are:

Retail companies such as Reformation, GAP, Hollister, Walmart, Macy’s, Abercrombie and Fitch, Burberry, and even eBay have been partnering with recommerce companies such as ThredUp, TheRealReal and Fashion Phile over the past two years. 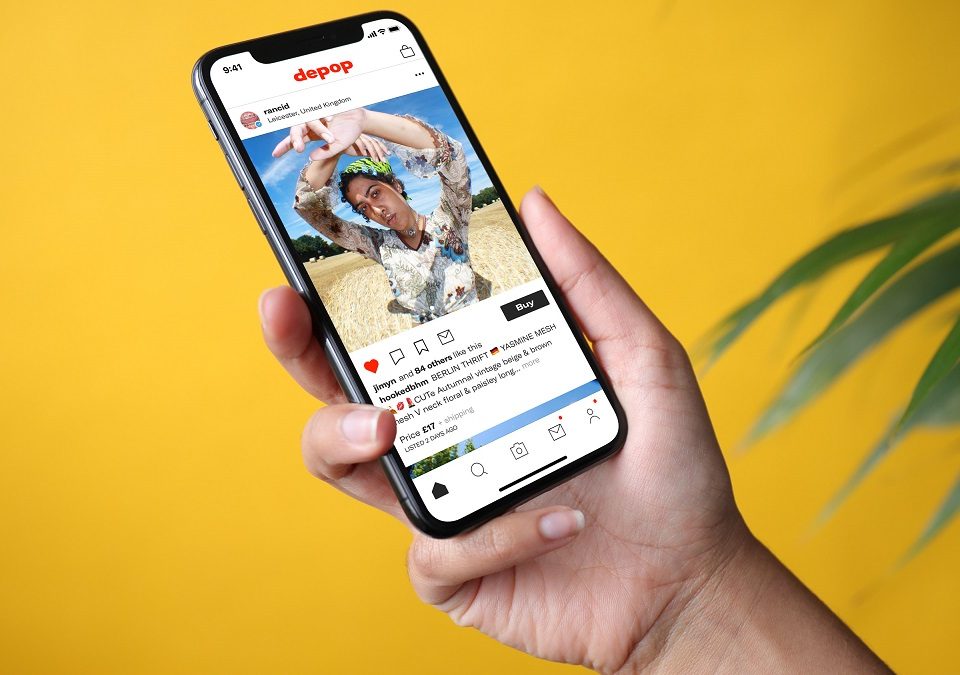 The Growth of the Recommercer: How consumers are choosing to buy Used over New

Image via recounter.com Written By Zeinab Magdi The recommerce industry has shown exponential growth and popularity in recent years. Millennials and Generation Z are more than […]
Do you like it?1
Read more