The current market, delineated by Millennials and Generation Z, favors culturally and environmentally cognizant brands. They also demand a certain standard of awareness in respect to the social atmosphere. Millennials and Gen Z are also mortally committed to sustainability and purchasing from verified eco-friendly brands, therefore any use of unsustainable materials in products will likely cast a deleterious cloud over the brand.

Although the pandemic may have kick-started the movement for some brands, Corporate Social Responsibility (CSR) has been a germane dispute amongst Millennials and Gen Z long before the pandemics’ effects began to ripple. By 2025, these generations are predicted to represent half of the population purchasing luxury fashion and will be liable for how the market sways.

Luxury Fashion Brands and the Pandemic

Canceled shows, rescheduled events and social distancing guidelines, resulted in a quiet year 2020 for the fashion industry. With the majority of the population required to remain home, the ecommerce market reached a 209% global increase in April in comparison to the previous year. Throughout this arduous societal rhythm, the fashion industry has proven its resilience and collective accountability through efforts to battle COVID-19. For example; LMVH and Kering, have both made meaningful benefactions to hospitals and charities, Hermès made a generous donation to hospitals in Paris, and Dolcé and Gabbana have been strengthening the research efforts towards immune system responses from the virus at Humanitas University in Italy.

Along with their altruistic contributions, some luxury brands have also made provisional adjustments to their manufacturing process to further aid the fight against the pandemic. Some examples of the efforts are from Georgio Armani who converted all of their Italian production locations into a site to produce protective overalls for front line workers in the medical field and following suit are Christian Dior, Guerlain, and Givenchy whom transformed their factories into hand sanitizer manufacturing for hospitals in France. The surge in responsiveness from luxury brands during the pandemic has begun to transform the foundations of the industry entirely.

Many luxury brands are renovating their elementary essence to become a more modernized adaptation of themselves. Sustainability is a shared pursuit amongst many luxury brands, they are even beginning to make sizable contributions towards the development of innovative eco-friendly technology as well as focusing on reducing their own carbon emissions. A lot of brands are referring to carbon off-setting by engaging in sustainability positive ventures. These efforts towards sustainability are encouraging, but for sustainability to be efficacious, brands must integrate a contemporary standard of ethics and sensitivity for the always progressing requirements of consumers and the planet.

A trend amongst consumers is questioning where their clothing really comes from, and more and more brands are working to formulate an answer. Some brands are choosing to reveal data pertaining to their labor and environmental practices within their supply chains, to the public. For example, Chanel recently issued their premier ‘Report to Society’, which contains information about their manufacturing process and details about their supply chains. Hermès and Tommy Hilfiger have begun circulating publishing including catalogues of their top suppliers. The current efforts from luxury fashion houses towards a sustainable and ethical industry, although propitious, are hopefully only a glimpse of what is to come for the future of fashion.

The Greenhouse Gas Protocol, a worldwide structure for businesses and governments to wholly comprehend carbon emissions, has created a classification system for emissions called “scopes”. Many brands only narrate scope 1 and 2, which solely accounts for the emissions produced from business processes. The elusive, but existent, scope 3, refers to carbon released through the chain of suppliers, manufacturers and distribution. Scope 3 often makes up for the majority of a brand’s carbon emission contributions, which is why many elect to exclude it from their reports.

Sustainability in the high end fashion industry is a labyrinthine affair, but has inspired many brands to develop programs to reduce carbon emissions. Fashion Houses are also endowing projects that focus on generating green technologies to decrease carbon emissions. In reference to the United Nations Framework Convention on Climate Change, it was said that 10% of global greenhouse gas emanations are a consequence of the fashion industry. For many high fashion houses, carbon neutrality is now a part of their core values, such as Chanel and Armani who plan on being carbon neutral by 2050.

Many high fashion houses are now showing interest in the resale and rental market through platforms such as Farfetch and Richemont. An ongoing example of luxury retail is the Birkin bag by Hermés, which generates an annual return of 14.2% according to Baghunter. Burberry has coupled with ‘The RealReal’ to encourage circular economy, in 2017 Stella McCartney also joined to endorse their “make well, buy well, resell” ideal and Kering now retails unsold products (damaged or used) through their platform as well.  We at ALA HAUSSE are all about designer resale, check out our own platform to sustainably shop for your favorite looks via our mobile app!

Over the past year, many industries have gone through momentous alterations for the better and we hope they remain or only improve from here. With noteworthy fashion houses defending environmental and social accountability, the fashion industry is inevitably going to change for good. Luxury fashion brands have pronounced influence within the commerce and with that can elevate the movement to reach success in sustainability. Join us at ALA HAUSSE as we collaborate with consumers to create a fashion dais built on an eco-friendly foundation and continue to dedicate ourselves to the renewal of the fashion industry.

The New Age of Luxury Fashion: How the high end fashion industry is changing for the better

Image via Gucci, Fall Winter 2018 Eye Campaign Written by Danielle Williams The current market, delineated by Millennials and Generation Z, favors culturally and environmentally cognizant […]
Do you like it?0
Read more 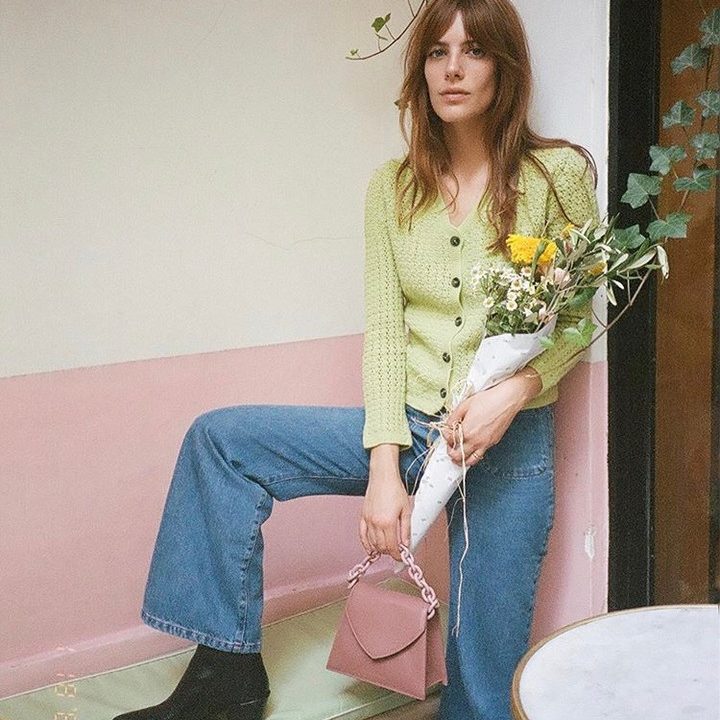 Image by Gabb Tapic via Pexels Written By: Hanna Shaw What Exactly is Lagom? Lagom is a Swedish word that defines the essence of the Swedish […]
Do you like it?0
Read more 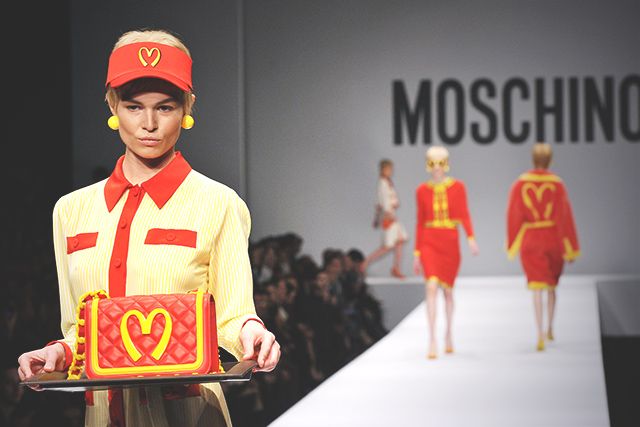 A Uniform Inspired Methodology with ÀLA.HAUSSE

The uniform solution to streamline our closet looks while saving money and the planet. Image via Moschino 2014 Milan Fashion Week Written by: Hanna Shaw Ah, […]
Do you like it?2
Read more 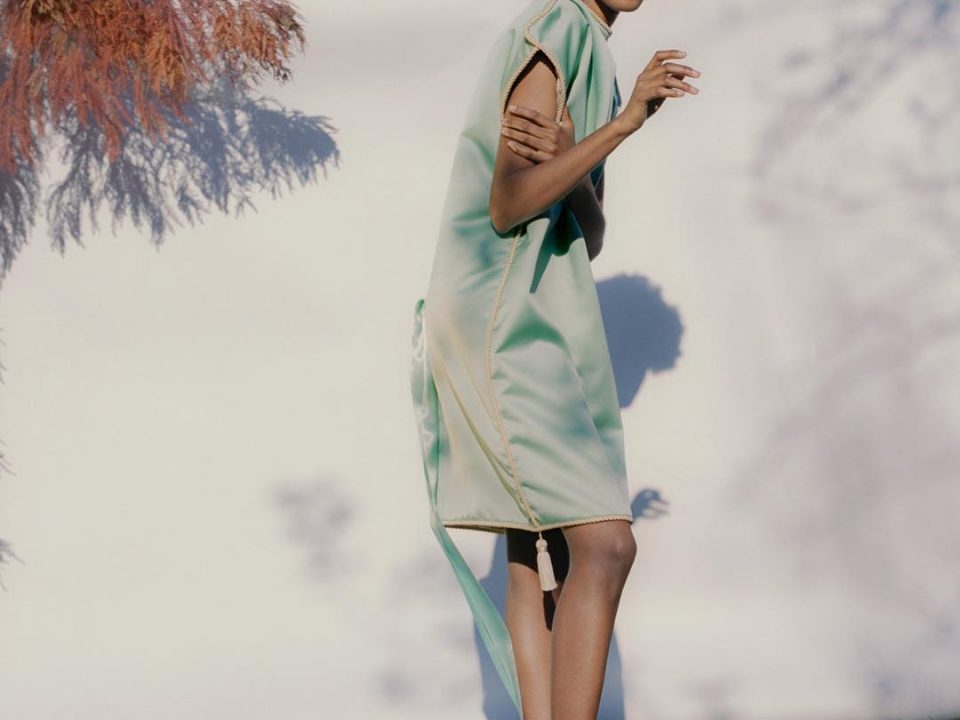 The #HAUSSEPEOPLE GUIDE TO Fashion Minimalism – And A Happier Life

Photo Cred: Lisa Bevis, Marina DeBris Written by: Lori Fan, Edited by: Sheila Lau Have you ever thought about what the future of our world will […]
Do you like it?2
Read more

Spring Cleaning? Here’s Why You Should Think Twice Before Donating Your Clothes

Image via @_yasminaq_ on Instagram Written by: Samantha Mastantuono Have you ever wondered where your donated clothes actually end up? Unfortunately, clothing donation is generally not […]
Do you like it?0
Read more 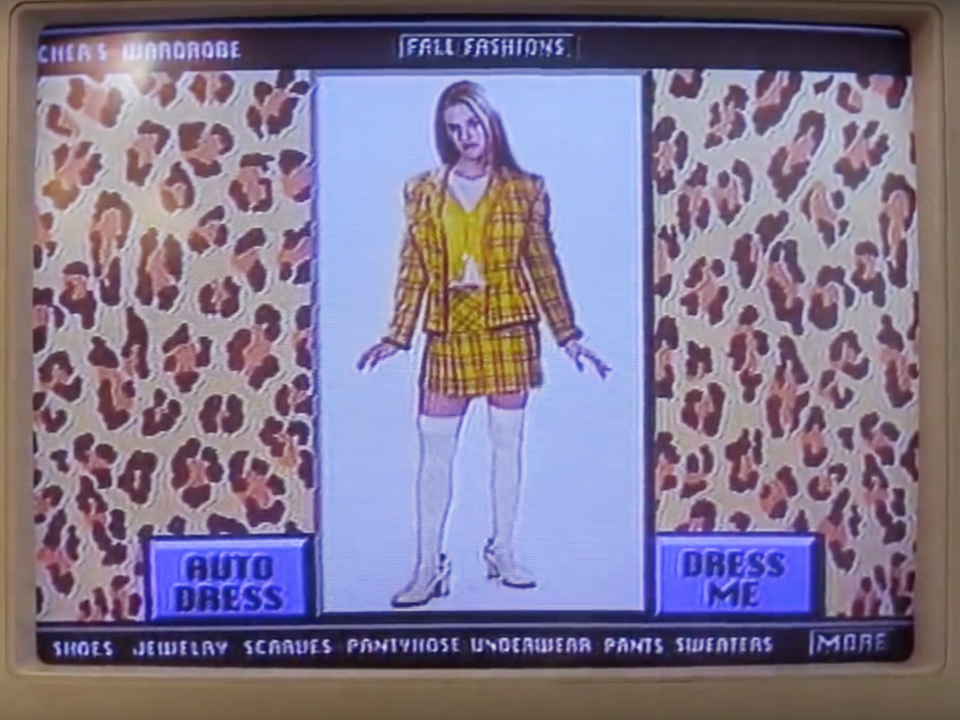 How & Why You Should Revamp Your Closet During this Pandemic

Written by: Arabelle Samaniego, Edited by: Sheila Lau This global pandemic caused by the spread of the COVID-19 virus has affected all of our lives in many […]
Do you like it?2
Read more