Summer is just around the corner and for many of us, that means it’s time to shop for the right swimsuit for that cute sun-kissed look by the beach. But before you go on your hunt, it’s vital to see what your purchases may mean for the planet, society, and your closet.

How Your Swimwear Affects the Planet and People

Most swimsuits are made with synthetic fabric materials like Nylon, Polyester, and Spandex. These are oil-based materials that are cheap to produce but work well because they are stretchable and water-resistant. In the past, retailers would have to plan weeks to guess the trends of the summer. Now factories can print and cut a swimsuit on the same day.

Within a few days, a batch of new swimsuits goes from the factory to the department stores near you or your doorstep if you purchased one online. Swimsuits are worn and most people even buy more to look trendy.

Swimsuits are then either eating closet space as more and more are purchased. Then they are trashed or they are donated (which can mean trashed since 62.5% of donated clothing goes to the dump). The next summer, the cycle continues with the purchase of more trendy swimwear.

Why We Should Do Our Part

The emergence of newer online stores which offer 100s of styles every few days coupled with social media influencers who share their “shopping hauls” only entice consumers to buy more clothes.

Keep in mind that the swimsuit industry alone generated a whopping 18.85 billion U.S. dollars in 2018 and is set to reach 29.1 billion dollars by 2025 meaning that there is enormous potential to grow and reinvent the industry.

As consumers, we should do our part to help the industry cater to us by asking and purchasing sustainable items. A great way to start is by reinventing your wardrobe for swimsuits this summer!

The Lifecycle of Your Swimsuit

When we buy swimsuits, it is important to think about the ethical implications of our purchase. There are three big problems with swimsuits being plastic based. One is that when any oil based synthetic fabric (like swimwear) is washed, tiny microplastics are released in the oceans. According to the Pretty Planeteer blog, “By washing our polyester clothes, we eject half a billion tons of microfibers each year which is equivalent to more than 50 million plastic bottles”. These microfibers are consumed by marine animals and make their way into our food which many scientists are concerned about.

There is no conventional recycling program for swimsuits, so most end up in landfills adding to the 13 million tons of textile waste each year. Textiles in landfills take around 200 years to decompose. As textiles decompose, they release carbon dioxide, methane, and other greenhouse gases. The dyes also get absorbed by the soil and affect our drinking water.

Our fashion choices not only affect us and our psyche but it also affects other people, marine animals, and of course our planet.

Tips To Revamp Your Closet

1.Minimalism is your friend:

Minimalism in fashion basically means taking out all the unnecessary clothing and accessories and leaving the things that provide you with great value and happiness.

German designer Karl Lagerfeld wasn’t wrong when he said “Trendy is the last stage before tacky.” We all try to fit by going with the trends and buying what our favorite influencer is wearing. Instead, avoid the tackiness and stand out by choosing colors and styles of swimwear that are timeless.

Thrifting for swimwear has had an undeserved bad connotation. Thrifting is an affordable option for more people and is a great way to reduce waste!

There are 100s of small and large businesses now that make a commitment to offering sustainable swimwear that pays their workers fair wages. Most of these swimwear brands repurpose plastic bottles since that is the easiest way to recycle plastic. Tech advancements are occurring in trying to repurpose already existing swimwear but it is difficult since there are multiple fabrics in a single swimsuit. Below are some options that go from least to most expensive! 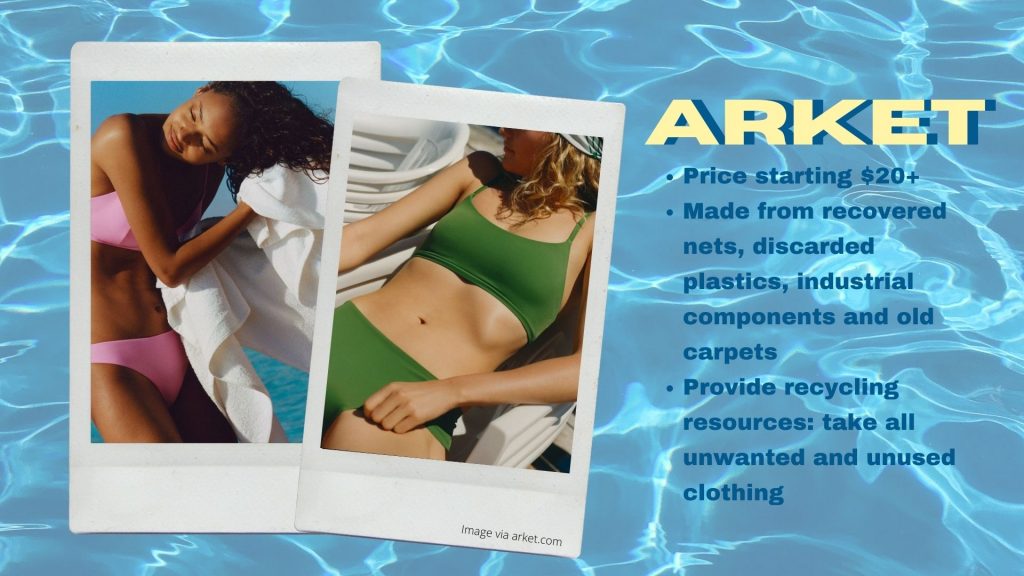 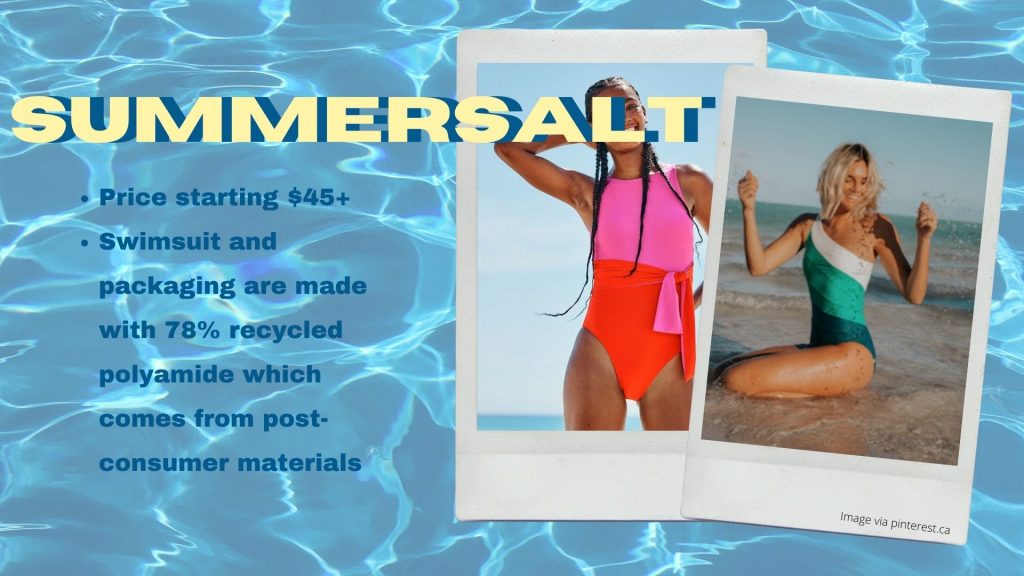 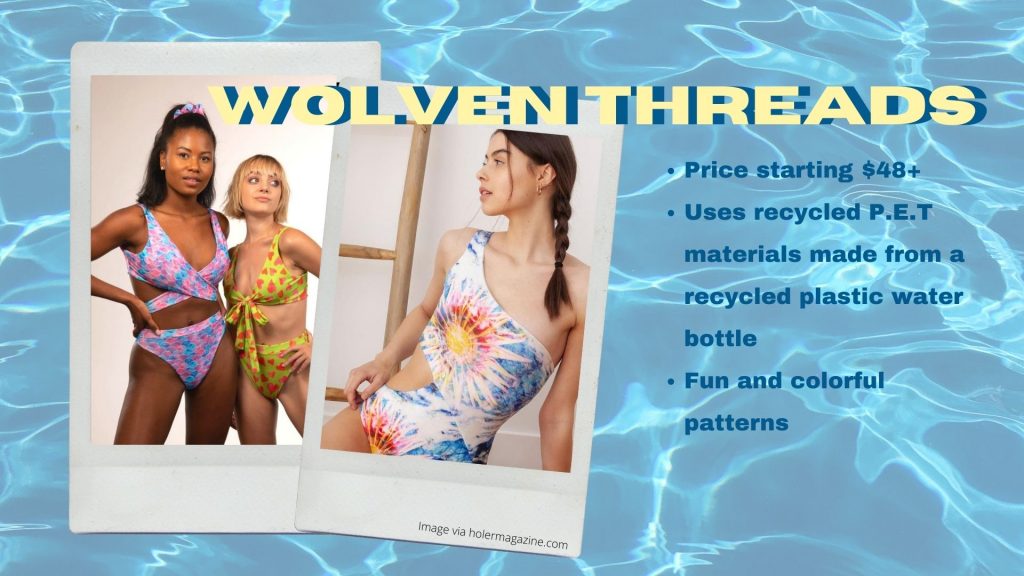 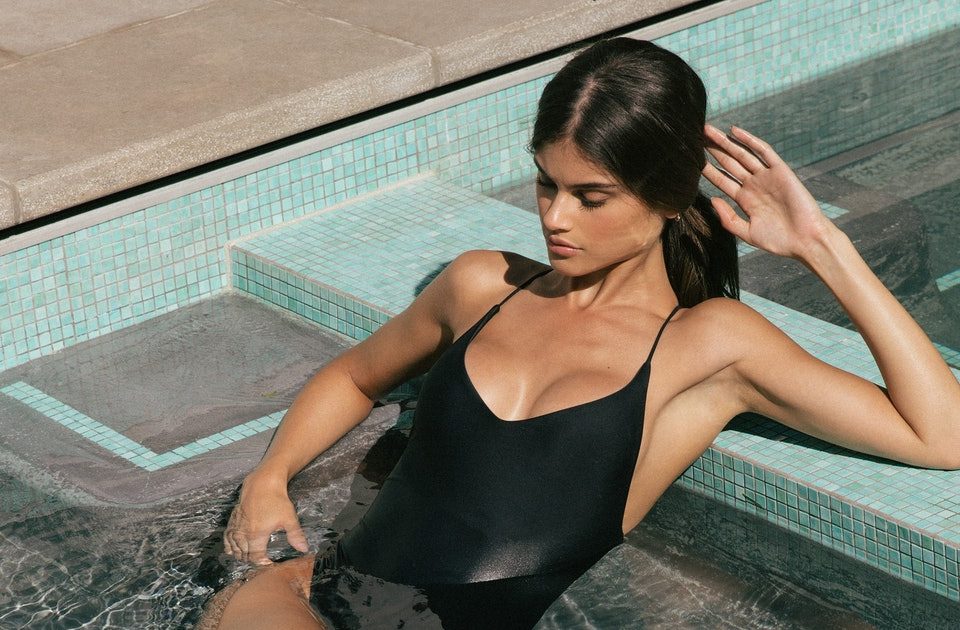 Image via thezoereport.com Written By Sudha Medapati, Edited by Chantel Ong Summer is just around the corner and for many of us, that means it’s time […]
Do you like it?0
Read more