The Metaverse: What can We Expect? One of our favorite features of the ÀLA.HAUSSE app is its social user interface. Much like Meta, our application provides you with a social profile so that you can contact other fashion-forward people with similar interests and goals as you. Of course, our inspiration was drawn from major social platforms like Meta, which is why we’ve had our eyes glued to the news every time Meta is mentioned.

However, with their recent dishearteningly extreme stock plunge, we’re wondering where Meta is going to be in the future, and more importantly, why they’ll be there.

The Birth of Meta

It was way back in 2004 when the code for Meta (originally known as Facebook) was originally being written by a Harvard student by the name of Mark Zuckerberg, a time when being sociable online meant logging in to your Myspace account, rather than the candy store-like assortment of options we have available today.

When Facebook first started, it was hard to tell whether anyone fully understood the implications of something like this. As far as anyone could tell it was just a social platform, a way for people to connect with one another and to share their experiences, but it’s total permeation throughout all of modern society is unfounded. Today, president or pope, podcaster or pedestrian; everybody is online, everybody is using the same social platforms, and everybody is connected.

Given the site’s history, its success should have been of no surprise to anyone. When Zuckerberg and his associates first launched the site at Harvard University, it was an immediate hit, gathering 1200 members within 24 hours and over half of the Harvard student base within a month. Since then, Facebook has skyrocketed to ridiculous heights, reaching a hearty 2.9 billion active users per month and a market cap value of 566 billion dollars.

But Zuckerberg’s original vision for Facebook was not nearly the world-encompassing giant it has become today. When he first started working on the platform in the early 2000’s (what a time to be alive) with Eduardo Saverin, Dustin Moskovitz, and Chris Hughes, his intentions were that it would be used solely as a social platform for Harvard students to connect with one another. As he said in an interview with Freakonomics Radio, “You could find music; you could find news; you could find information, but you couldn’t find and connect with the people that you cared about, which as people is actually the most important thing.”

Zuckerberg's Vision for the Future of Meta

With the world literally at his fingertips, Zuckerberg’s vision for the future of Facebook has evolved to something entirely out of this world–- Literally. On January 9, 2020, Zuckerberg posted from his Facebook account a lengthy announcement detailing a general overview of the changes he expects for Facebook in the future. Now known as Meta (a change made more recently to reflect their VR commitment), the company hopes to achieve considerable progress over the next 20 years within five new focuses: Generational change, private social platforms, the decentralization of opportunities, the encouragement and establishment of legislation surrounding social media, and both augmented and virtual reality.

When Zuckerberg refers to generational change, he is referring to the emergence of policy establishment by younger and younger generations, as well as the company’s new focus on funding. Scientists, entrepreneurs, environmental and social activists, and leaders of society will all be able to enact greater change via Meta’s updated social platform. As far as we are concerned, this is a fantastic solution to the sustainability agenda. As large companies like Meta take more of an active role in the sustainability of our planet, issues of sustainability can be brought to the spotlight and spread to a larger, more receptive audience.

The privacy of social platforms would appear to be a musing on the idea of smaller, more secluded sub-platforms that one could set up for a small company (like the kind we use @ÀLA.HAUSSE!). Though he does speak of these platforms, he doesn’t elaborate on whether or not Meta will be supplying them. As he stated in his post, “Our digital social environments will feel very different over the next 5+ years, re-emphasizing private interactions and helping us build the smaller communities we all need in our lives.”

Decentralization of Opportunities and Setting the Laws Straight

The first step of textile recycling is receiving donations from consumers and brands alike depending on the scope of the collection company. The facility then separates the resellable clothing from the articles bound for recycling. At this step, items which are unsuitable for recycling are also filtered out and sent for disposal (source: The Good Trade). The decentralization of opportunities is a reference to the recent sprouting of private platforms providing global services that enable young entrepreneurs the ability to start and run their own businesses more easily. Because Zuckerberg foresees great potential in small business innovation, he said there will be updates to the commerce and payment methods of their already burgeoning business section (140 million small businesses and counting!).

With innovative small businesses being brought to the spotlight, there is a greater chance for them to achieve new advancements, to collaborate, and to achieve even more advancements as a result. As Hackernoon’s number one new Start-Up, we know all too well the importance of small business exposure. For innovative small businesses similar to our own, such opportunities act as essential aspects of natural growth; so in a sense, Meta is encouraging small-business growth on both the macro and micro scale. Sounds good to us!

In regards to legislation surrounding online communities like Meta, Zuckerberg is calling for governments to enact clearer laws, especially those concerning elections, harmful content, privacy, and data portability. He has also established a committee known as the Oversight Board, for the purpose of dealing with issues and appeals related to content posted on Meta. Given the seriousness of misinformation, this change is much needed. Misinformation is arguably the leading cause behind many of the pandemic’s worst problems, if not the world’s problems in general.The last thing we need right now is any more global delusions.

Lastly, but certainly not least, Zuckerberg’s post emphasizes augmented reality and virtual reality as being the next major computing platform. He spoke highly of the two, making grand promises when referring to the coming ubiquity of the digital landscape. In Zuckerberg’s vision of the future of AR and VR, the stress from the housing crisis will be alleviated as people will no longer have to move to get that job. All they’ll have to do is throw on a headset and they’ll have instant access to their businesses and colleagues. A year after this post, Meta announced their plans to invest a massive 10 billion dollars into the Metaverse, a VR world for Meta users to engage in, as well as their infamous decision to change Facebook to Meta, in recognition of their complete focus on the metaverse to come.

Requiem of the Metaverse Dream

Sadly, this dream has become somewhat of a nightmare for Zuckerberg and Meta lately. With the recent Meta stock plunge of 237 billion dollars, representing the greatest acute stock market losses in history, many are left wondering whether Meta’s significant recent investment and name change was for the better or for the worse, and why the sudden plunge is happening in the first place.

The lack of interest in Meta’s Metaverse is for one, not doing the company any good. In an unfortunate display of complete unawareness, Meta’s relatively recent virtual concerts were, well, virtually empty. Starting on December 26 until the end of last year, Young Thug, DJ David Guetta and the Chainsmokers all had sets on the great Metaverse stage with very little attendance for any of them. And to make matters even worse, Meta just saw its first drop in users ever, after going from 1.93 billion to 1.929 billion daily active users. Zuckerberg attributes this drop in users to competition from platforms like Tik-Tok.

Though Zuckerberg argues that it’s competition, many believe that the Metaverse is one huge flop. Go ahead and do a google search of Meta’s Metaverse, and see how many articles you can find that are positive (there aren’t many!). People don’t like the idea for a number of reasons, but mainly it seems to be centered around the implications of such an integrative virtual experience–how ads may infect our daily lives, and other similar issues– but others simply find the art style uninspiring and drab. Honestly, the avatars used look kinda boring, and even the showcased environments seem a little dated. With so many virtual worlds already available with unlimited creative potential, the very limiting world presented by Meta seems like a downgrade, if anything at all.

We @ÀLA.HAUSSE really do hope that Zuckerberg and the team at Meta take the community’s comments into account as they move forward with the Metaverse. We are ecstatic for what Meta has in store for small businesses, but the Metaverse seems to be itching people the wrong way. Perhaps, as a people we are not ready for VR. In spite of our seemingly inexorable connection to technology, we may still feel a strong desire to live in the real world. Thankfully, ÀLA.HAUSSE is always available as a digital platform with a real world interface! No need for a VR headset over here, we still like to use our thumbs and phones…for now! 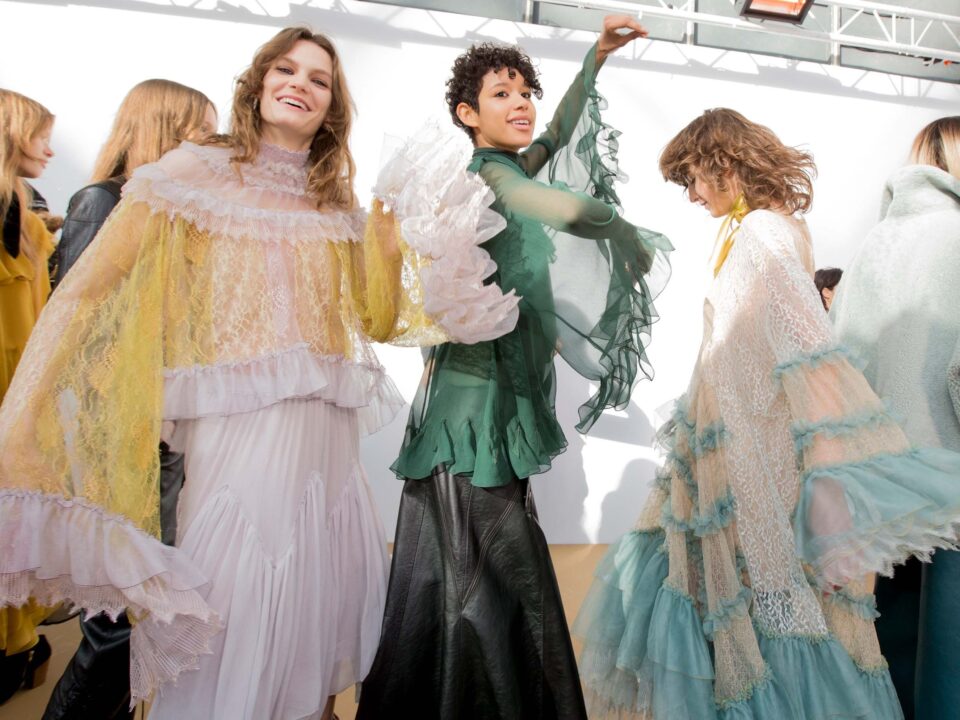 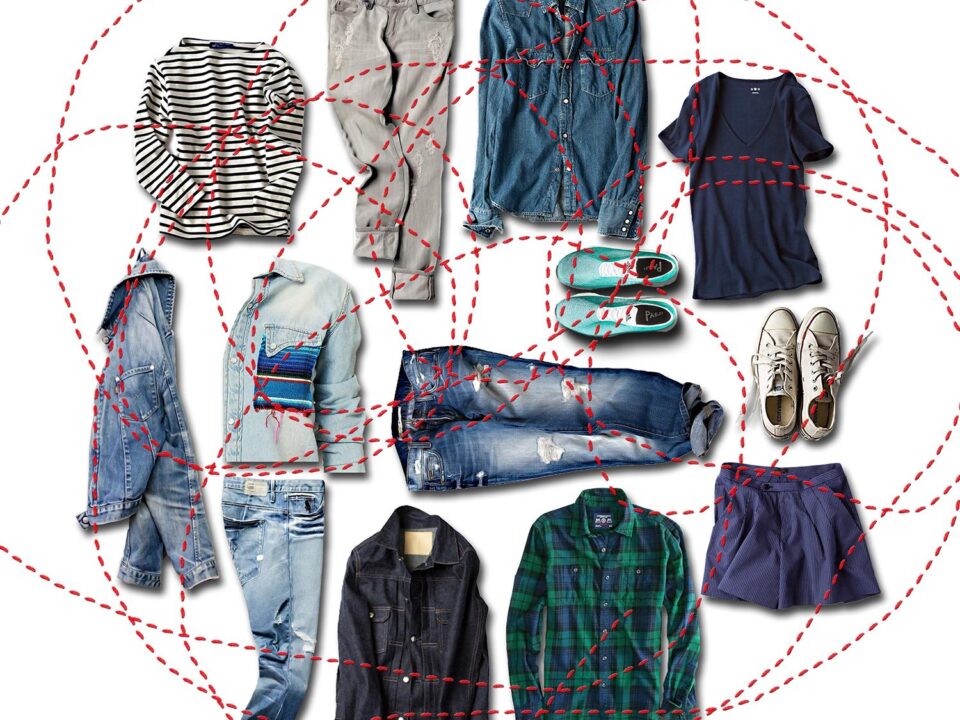 A Circular Clothing Economy and How You Can Contribute